Do engineers and God have anything in common? At allthingsnew.tech, we explore the intersection of theology and technology, ask the hard questions, and create conversations. Join us as we think aloud with entrepreneurs, technologists, and innovators from the Bay Area and beyond.

Bridging the Sacred and Secular in Technology

Happy New Year! Thanks to all of our listeners for tuning in last year, and we are excited for what's coming up at ATN this year.

Our first episode in 2021 features a conversation with Nathan Barczi, executive director at MIT's Octet Collaborative. He is also a former economist-turned associate pastor at Christ the King Presbyterian Church. In this episode, ATN host Paul Taylor and Nathan delve into a wide variety of topics encompassing faith, technology, and science. Join them as they talk about the Christian perspective on creation, Nathan's work with Harvard Medical School's pgED project, and the role of Christianity in shaping technology ethics--both in academia and industry.

Nathan Barczi has served as Associate Pastor at Christ the King Presbyterian Church since 2014, where he was awarded the John Stott award from the Creation Project at the Henry Center, a grant that supported him and his congregation in a year exploring the doctrine of creation in an age of science with eminent scientists and theologians.  He is a cohort facilitator for the Boston Fellows, and a fellow of the Center for Pastor Theologians.  His Christianity Today article about his work with Harvard geneticists exploring the bioethics of gene editing won an Evangelical Press Association Award. Prior to serving in full-time vocational ministry, he was an economic consultant for The Brattle Group and an assistant economist at the Federal Reserve Bank of New York.  He holds a PhD in theology from the University of Nottingham and a PhD in economics from MIT.  He did his undergraduate work at Stanford University in his native Silicon Valley.  He lives with his wife (another Bay Area native) and three children in Somerville, Massachusetts.

We're excited to share a new episode with ATN host Paul Taylor and our guest Nona Jones, head of faith-based partnerships at Facebook. As an advocate of digital ministry, Nona is passionate about building faith-based communities online. In their conversation, Paul and Nona talk about how technology is shaping church and ministry (especially relevant in this pandemic!). They also share thoughtful ideas around how Christians can think about digital platforms, such as social media. Tune in for their insights and stories! 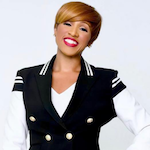 Nona has been profiled by ESSENCE Magazine as an “Under 40 Woman to Watch” and Florida Trend Magazine as one of Florida’s “30-Something All Stars.” She is currently President of the Gainesville (FL) Chapter of The Links, Incorporated and serves on the University of Florida Digital Advisory Council. She most recently served as Secretary of the Florida Juvenile Justice Association Board of Directors and on the Georgia Statewide Human Trafficking Task Force. She is a graduate of Leadership Florida and the Presidential Leadership Scholars Program, a unique leadership development initiative led by President Bill Clinton and President George W. Bush. For more about Nona, visit her website: https://www.nonajones.com/.

"Ethical problems are like birds. We're surrounded by birds all the time [...] but you don't necessarily notice them. If you want to notice that they're around, you have to choose to notice them."

Our newest episode features Brian Green, the director of technology ethics at the Markkula Center for Applied Ethics at Santa Clara University. In their conversation, ATN host Paul Taylor and Brian explore a complex yet significant topic of technology ethics: what it is, how it's related to the Christian perspective, and why it's important. They also talk about ways that the tech industry can apply ethics when building technology (including for AI and space exploration!). Listen in for these great points of discussion and more. Brian Patrick Green is the director of technology ethics at the Markkula Center for Applied Ethics. His work is focused on the ethics of technology, including such topics as AI and ethics, the ethics of space exploration and use, and the relationship of technology and religion (particularly the Catholic Church). He teaches AI ethics in the Graduate School of Engineering and formerly taught several other engineering ethics courses. He is co-author of the Ethics in Technology Practice corporate technology ethics resources.

Green is a member of the Safety-Critical AI working group at Partnership on Artificial Intelligence to Benefit People and Society. He also coordinates the Center’s partnership with The Tech Museum of Innovation in San Jose, the Hackworth grant program, the Technology and Ethics Faculty Group, the Environmental Ethics Fellows, and several other initiatives. Additionally, he has been published, interviewed, or mentioned in media including America, The Atlantic, The China Global Television Network, CNN.com, The Daily Beast, IEET, Nature, and NBC Bay Area.

His background includes doctoral and master's degrees in ethics and social theory from the Graduate Theological Union in Berkeley, and his undergraduate degree is in genetics from the University of California, Davis. Between college and graduate school, he served for two years in the Jesuit Volunteers International teaching high school in the Marshall Islands.

Blockchain and the Bible

In episode 10, ATN host Paul Taylor discusses theology and blockchain with Jason Lee. Jason is Vice President of the NEM Foundation, a group which oversees a technology protocol for blockchain. Their conversation provides deep insights into the importance of blockchain, the rise of cryptocurrency (an application of blockchain), and the ways Christians can think about transparency, trust, and privacy. Tune in to learn more about these emerging (and exciting) technologies, as well as significant theological implications!

Jason is the Vice President for NEM Foundation, serving as Board of Director, Executive Committee and Council Member. As an advocate for emerging technologies, he was recognised as a Forbes 30 Under 30 Asia 2018 list-maker and had represented NEM Foundation in 30 cities over the past year as an advocate in his past role as the partnerships & strategic alliances director. He is based in Melbourne and was originally from Kuala Lumpur.

Technology and the Pursuit of Justice

Note: Please be advised that this episode contains sensitive content.

Our latest episode features John Tanagho and Amanda Vohs from International Justice Mission (IJM). IJM is a nonprofit working with government and international law enforcement to combat online sexual exploitation of children (OSEC). In a powerful conversation with ATN host Paul Taylor, John and Amanda discuss their work at IJM and technology. Specifically, they delve into ways technology is used for good and evil; the benefits and challenges of creating more ethical technology; and the intricate connection between technology and human relationships. Listen in to hear more about IJM's work to set children free from OSEC, and how technology can promote a more just world for all.

John Tanagho serves as the Field Office Director for International Justice Mission in Cebu, the Philippines where he leads the team to combat online sexual exploitation of children (OSEC) by partnering with government and international law enforcement to strengthen the justice system.  Through partnerships with law enforcement, prosecution and aftercare agencies, IJM supported the Philippine government in rescuing 560 victims, arresting 235 suspects and securing 73 convictions in OSEC cases (as of 2019). John is developing the next phase of IJM’s OSEC program through a global center to scale justice system solutions that protect children from OSEC globally, including through technology industry partnerships.  John speaks internationally and is interviewed by international media on OSEC.  Before joining IJM, John worked as a lawyer in Chicago for six years at a large law firm, specializing in complex civil litigation and white-collar internal investigations.  He received his law degree from Loyola University Chicago School of Law and undergraduate degrees in Philosophy and Psychology from Roger Williams University.

Amanda Vohs serves as the Director of Strategic Partnerships, and is responsible for building the network of partners that fuel the work of IJM. Before joining IJM in 2016, Amanda worked in sales and project management in the tech field throughout the US and globally. With a Master’s Degree in Conflict Resolution, she wrote her thesis in Uganda, focusing on the use of children in armed conflict. She lives in the San Francisco Bay Area with her husband and three children.

In episode 5, Paul Taylor from allthingsnew.tech speaks with Andrew Laffoon, CEO and Co-Founder of Mixbook. Their conversation spans several topics around the powerful theology of images, remembering, and memorials. Mixbook allows customers to create a real physical memento to capture, celebrate, and remember an experience. Paul and Andrew talk about how this desire to remember, not just as individuals, but in community has deep resonance through the Old Testament Scriptures. Images are powerful tools, but they can also be dangerous. Listen in on how technology can be used to activate the power of images while protecting against some of the danger.

Prior to founding Mixbook, Andrew received a BS in Industrial Engineering and Operations Research from the University of California, Berkeley. He started coding at the age of 10 and started his first company at age 15. After hoping to disrupt the High School yearbook industry, he co-founded Mixbook to enable the collaborative creation of photo books online. Andrew has been recognized by Inc Magazine's "30 Under 30" list of entrepreneurs and Forbes Magazine's "America's Most Promising CEOs Under 35".

Virtual Technology and the Glory of God

In episode 3, Paul Taylor speaks with Pat Gelsinger, CEO of VMWare. They will talk about the difference between what is virtual and real and how technology can be used for the glory of God. Pat shares the various areas where technology can empower us as we look forward and they discuss what kinds of theological implications those technologies carry with them. We hope you enjoy the conversation.

Pat has served as the CEO of VMWAre since 2012. Prior to joining VMWare, he worked as President and COO at EMC. Pat has almost four decades of experience working in the technology industry. He began his career at Intel, and has the honor of the being the architect of the original 486 processor. Pat and his wife Linda have four children and live in the Bay Area. He regularly speaks about the intersection of faith and work. His book The Juggling Act: Bringing Balance to Faith, Work, and Family is a helpful guide to achieving the balance so many of us find elusive.

Play this podcast on Podbean App